Tina Rou is an author of many analysis articles and videos in movies, cartoons and anime and also a writer of her own books.

In 2016, she founded a "Plot 2.0" project, being the most known for "Rise of the Guardians" theories, as well as other cartoons and anime. Today, "Plot 2.0" continues to exist and develops in form of text only.

A chart on "Rise of the Guardians" theory materials.

After a short break in 2017, project "Plot 2.0" was renewed. This time, new development on the "Rise of the Guardians" and multiple articles on other anime are being added up to this date. One of the most famous are "Code Geass" theories, based on anime TV series. 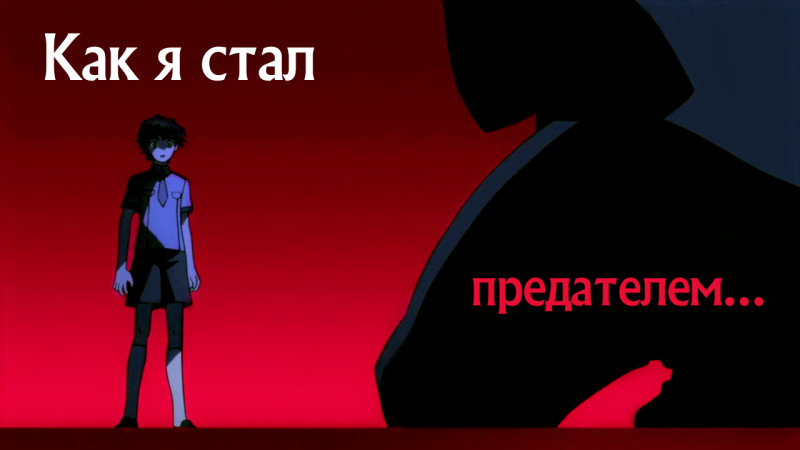 Cover for an article on "Code Geass" named "The story of a father-killer. How I became a traitor."

In 2018 a book production began. The content is still not published, but there is a "Books" menu on this site where the books will appear right after the publication! Other than that, all the social nets and the "News" will always keep you up to date!

At the end of the year 2019 a new addition will add to this article, telling you about all the new accomplishments.

Turn the pages to see different rules or use the Table of Contents in the right top side of this article.

1 Not too serious. Everything written within the boundaries of this site shall not be treated too seriously, due to the risks of snapping and/or making a fool of yourself in the comments as a result.

1.1 Treat everything with a grain of salt.

1.2 Facts versus opinions. This is an analytics Site and Forum for people who try to look at the facts as clearly as possible. Please leave all personal emotions regardless some characters behind. If you find your character being unreasonably offended, answer that by pointing out the missed facts about that character and proving some other facts wrong. Give different perception of events. Same concerns opinions that are not exactly about the favorite character, but in the end have been misjudged or denied because of the same reason at the core.

1.2.1 Nothing written by any author or commenter shall be considered as a final statement. Opinions change, evidence come up in memory later. It is to be considered normal.

1.3 Personal grudges. If some things started to resonate within you, continue to read at your own risk. Author is no longer held responsible for your snapping because of your dark past.

1.3.1 If by any chance you “just don’t see” the text written before you as the one stating any correct facts and connections and making not even one right interpretation, and/or you find every single piece of article to be false, please restrain from reading. Author strongly recommends you to follow the 1.3 recommendation. No need to state your opinion about an article being a “bs” anywhere (including the forum and outside of this site), due to the risk of accidentally making a fool of yourself.

Before writing a flaming comment about the author being retarded, please at least finish reading the article. Comments that clearly show that the commenter didn’t read the article until the end will be deleted, due to the needlessness of such a comment.

After you finished reading the article and before posting your flaming disagreement on the internet, please, reread the article (its continuations and relevant material) once again while looking at your own comment. Comments that passionately raise issues and questions that are already answered in the article (or it’s continuations), will be deleted due to fact that commenter barely scrolled through the material and therefore, left a needlessness comment.

1.4.1 If you have encountered a mistake, grammatical or logical, please address the issue in the comments on the Forum.

a. In case of an article, find “Article corrections” discussions. Don’t forget to state the title or link of the article, then quote the paragraph or the sentence where the mistake is found with mistake fixed according to your views, and marked as bold.

b. In case of someone’s mistake in the discussion, answer that exact comment. Please don’t correct spelling mistakes on the Forum unless completely necessary. Use this correction method to fix the facts. Provide references: episode and minute or some links that improve the discussion.

or How to read the articles and other published materials on this site.

2.1 Authors are not gods. Including mangaka’s, studio’s, editors, directors, animators and many others developers and creators of any fandoms are to be considered human. It is to be acknowledged that humans do make mistakes, slack of, misunderstand each other, try to loot off their work as much as possible, destroy their work intentionally or unintentionally and even sometimes die without finishing. They also make statements that are later cancelled/controverted by the newer statements, so be careful. That all is to be considered normal.

2.2 Anime, not the manga. Articles are about anime. Not a book, not manga, not the light novel, unless it’s stated otherwise in the title or referenced somewhere in the article.

Everyone is free to discuss all of those on forum sections, marked appropriately with [spoilers] [manga] etc. Read more at the [Discussion Guidelines].

2.3 Canon. Not everything written in the article is 120% canonical, while the purpose of the articles serves to grasp the understanding of a pattern or a situation that may (or may not) have been shown by many other authors on their works as well. Please read the articles with some room for interpretation in mind. Same scene can be treated differently under the different angle.

2.4 Spoilers from another works. Considering the previous rule (3), please notice that those similar works describing similar ideas may be talked about in the articles (usually marked in the spoiler at the top of the article). In case you discovered that some spoilers haven’t been marked, please contact moderators in the Forum section.

If you are not familiar with the work described in the spoilers warning, don’t restrain yourself from reading the article, unless you are planning to watch it and/or afraid of the spoilers. Usually the plot of that new work is being described or the situation is easy to grasp without a context. Also, some examples are being shown in hopes of giving more similar examples without further explanation for the sake of the pattern reveal.

or How to comment on anything and discuss whatever.

3.1 Discrimination. Don’t be offensive and discriminative towards other races, religions, nationalities, people of different age, gender etc., regardless their presence or absence on this site. We’re also not here to discuss discrimination or politics, or religion on it’s own, unless there is an article themed on that specifically. If by any chance there’s room for any political conversation, please restrain from interpretation and continue the conversation within the fictional countries shown in the show.

3.3 Freedom of thinking. Deep and logical analysis and statement of the facts, supported by commenter’s own thoughts and interpretation will not be restricted unless it’s breaking the rules. The feelings on people offended for some character, who’s been analyzed won’t be heard. There’s room for different opinions, as long as they are not breaking the rules. (read [Survival Rules], 2)

3.4 Don’t get personal. Even if the person if blind towards the facts, calling them names is not justified. As well as making vulgar or offensive assumptions about their friends, relatives, nation, country, ways of upbringing etc. In other words, all the cheats to hide passive aggressive discrimination are also forbidden.

3.4.1 Not every swearing or cursing word may be automatically blocked (beca*se of dis), but this doesn’t mean that other users won’t report you to the moderators. Use swearing only in the forums allowed and when absolutely necessary to describe the cry of your soul, overfilled with emotions.

3.4.2 Restrain from swearing completely in discussions of movies and works rated lower that PG.

When discussing manga, light novel or some other “original resource’ material, i.e. something that has been created under the same title or universe but earlier, please note that the universes are to be considered separate, with the discussion usually relying upon the anime universe as the basic one, not the vise versa. Same rule with alternative or later works. For example:

a. Code Geass manga that have been drawn after the anime (TV series),

b. Code Geass movies, made after TV series,

They shall normally be treated as secondary to the movie as a later work.

3.5.1 If some alternative or earlier/later work wants to be discussed while treated as main universe, separate forum discussion must be created for that reason.

3.5.2 If some manga and anime wanted to be compared, separate forum discussion must be created for that purpose. No universe if main there, for obvious reasons.

3.6 Report illegal behavior to the moderators and admins (after you’ve downloaded the pirated content all by yourself, just kidding, never do that please, report right away).

3.6.1 Don’t upload/share anything that violates someone’s copyrights. If reported or manually found, that content will be removed.

3.6.2 Don’t spam anything. You will get automatically banned for this.

3.6.3 Don’t write meaningless, short messages. Also restrain from abbreviation that is not commonly used as well as too much abbreviation and the types that use too many letters (more than 5). When abbreviating name use popular cut instead of abbreviation. For example:

While we keep discussions of materials rated R (usually due to the material featuring war scenes), there are some forbidden genres that should be discussed somewhere else. Please be considerate that non mature audience can read your conversations, keep them family friendly as much as possible.

3.7.3. Please restrain from sharing links, images, files, videos or any other content, as well as discussing materials, canon or non-canon (including fanfiction) that contain disturbing, sexual and other family non-friendly content. Violation of this rule will get you a ban.